Ethiopian soldiers rounded up the entire village of Besikdira, forced the people into the local mosque, shot into them until almost all of them, including the elderly, women and children were dead. 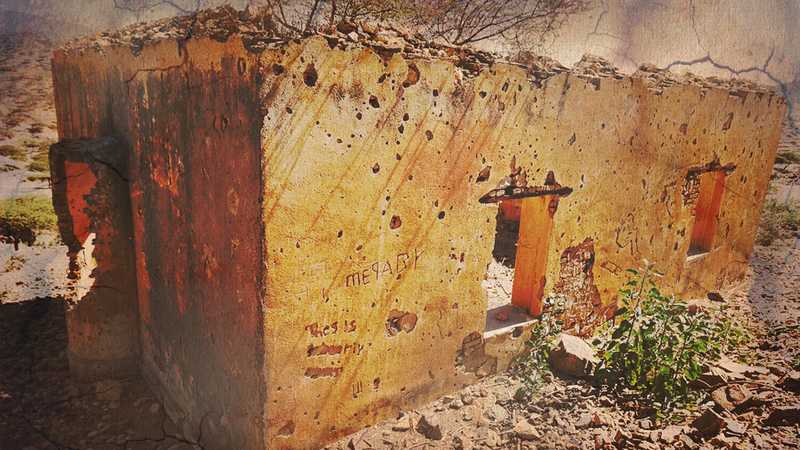 As the Eritrean Liberation Front (ELF a.k.a Jebha) was growing and its activities in northern highlands of Eritrea were intensifying, the Ethiopian government had started to look at the local population suspiciously. ELF had started to frequent many villages to collect provisions, information, recruit fighters and partisans as well as organize and educate the villagers to support the liberation movement. The Ethiopian government, at the same time, was countering this by recruiting collaborators and also recruiting special Eritrean military commando units that were trained by the support of Israeli government. These specialized Eritrean-born soldiers would come to be known as the ”commandis” by Eritreans.

The Ethiopian government realized however that it was no longer winning the hearts and minds of the population. Unlike before, besides the regular battles that were being fought with the ELF, ELF-sponsored targeted attacks and sabotages were being carried out in urban areas. At first, whenever fighters or suspected urban agents were caught, the Ethiopian government would publicly execute or hang them. This still did not stop the movement. So after the mid 1960s, the government’s policy had become more ruthless and started to target the civilian population. Soldiers were given the freedom to kill at will any person they deemed was involved with the liberation movement. 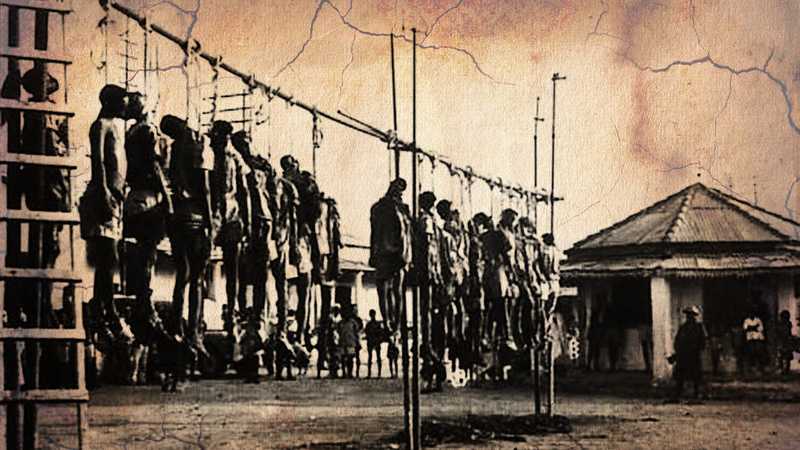 Freedom fighters that were hanged in the town square in Keren

Many believe the ELF operation that killed Lt. General Teshome Ergetu on November 22, 1970 near Elabered on his way to the city of Keren was the catalyst for the military’s retaliatory all-out raid on many village that massacred hundreds of civilians and destroyed communities. The general had been campaigning his government to send more troops to the province of Eritrea. 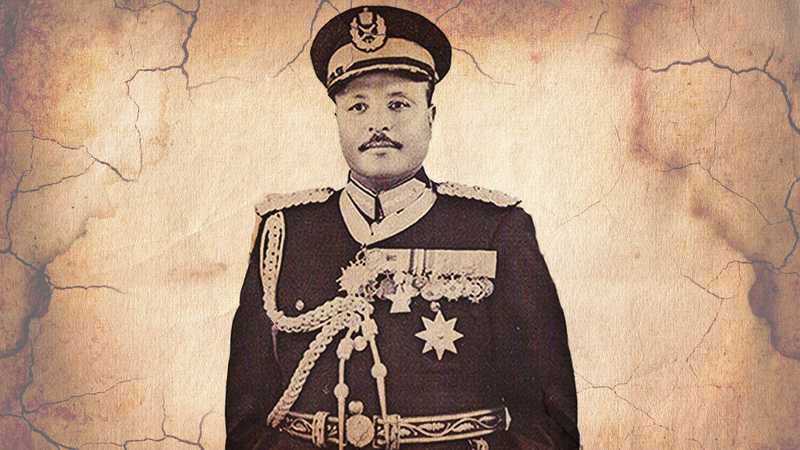 Following the assassination of General Ergetu, as many villages in Maria (Sahel), Barka, then in Senhit in Megarh, Lebeda, Halhal had been raided and burnt, the people of Besikdira had grown quite anxious. But they convinced themselves saying that since Besikdira was relatively a hub for the Sekwina area villages, through their respected elders, they should be able to reason with the government.

Besikdira’s population is mainly Blin. It has always been a closely-knit Muslim and Christian community with many of them already intermarried and consequently were blood relatives, as was the case then. They lived in harmony. They supported each other’s religious establishments. They had an elementary school that served many villages in the area; an Orthodox church and a newly-built mosque. There was also Catholic missionary in nearby Ferhen. Many well-respected elders had come out of the community like Qeynazmach Oqbamichael, an Italian-era administrator; Balambaras Mender Bemnet, a village-elder; Fitawrari Asfaf Hiyabu who was a Member of Parliament; Sheik Abdulkadir Islamic school teacher; Abu Shker, owner of a country-store that served including nearby villages; and many more others.

When the marauding army of Ethiopian soldiers and Eritrean-born commandis that had been raiding and burning villages all the way from Keren for the last few days arrived in the vicinity of Besikdira on November 29, all its residents gathered around early the next morning and set out to meet them together. Although ELF had recommended that the villagers flee into hiding like other nearby villages, Besikdira elders had argued that that would be hard to do with too many children and elders around. So, they brought two cows to slaughter and feed the arriving soldiers and set out to welcome them.

The soldiers asked the residents if they had any contact with the shifta Jebha meaning ELF bandits? When they were told no, they tried to divide the villagers along religious lines and asked for “trustworthy” Christians to tell them the truth. They set aside the village elder who spoke, Aboy Mender, who is a Muslim for his Christian cousin Aboy Tesfu who only gave the same answer. He added “ኣስላማይና ክርስትያንና ሓደ ኢና” (Muslim or Christian, we are one.)

The soldiers held the villagers from 9AM to 3PM with no water, food or permission to relieve themselves. Itay (nun) Weletemedhin begged the soldiers to at least let the children have something. The soldiers ominously murmured among themselves, “They would not need it anyway.” A commandis asked for tobacco from one of the residents and he would not give the pouch back saying the owner wouldn’t need it.

One commandis though was heard whispering to the young men, “Run if you can now.”

The soldiers sent Aboy Tesfu to their commander who was sitting at a distance. He came back with a piece of paper to give it to one of the leading soldiers. At that moment, they shot the two cows dead in front of the residents. The soldiers had no need for them as they have been feeding themselves well raiding villages. Then they tried to separate the Muslims from the Christians but the people would not let them saying “We have lived together, we shall die together” defying Emperor Haile Selassie’s narrative of the threat of “Arab-ized Eritrea.” So they forced all the residents into the recently built village mosque. Other soldiers started burning houses; some with livestock in them. 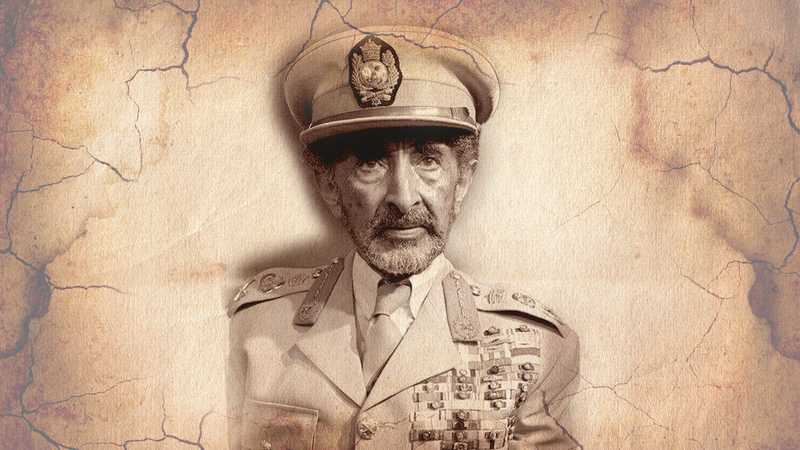 Haile Selassie I, Emperor of Ethiopia

They told the people in the mosque to start ululating and clapping to welcome the commander while they set up a machine-gun outside the main door. Soon they sadistically rained bullets on them, cutting them down. To finish off any survivors, they used one of the windows on the side of the mosque to shoot through. The window on the opposite side would not open however and because of this, some were able to survive by pretending to be dead.

An edgy commandis peered reluctantly through the door and announced “They are all finished now.”

16 pregnant women, 25 children including 3 toddlers, 2 brides set to be wedded the same week, many elderly women and men were massacred. In total, 118 were killed while 62 were wounded. 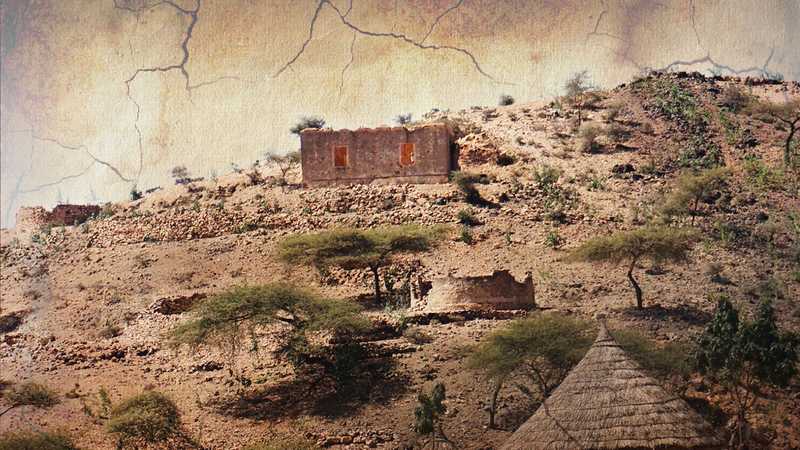 Besikdira village ruin, what remains of the mosque and few huts

At Fehren, the neighboring village, unaware of what had befallen Besikdira, the chief-priest Aba Teweldemedhin, expecting a similar rendezvous with the soldiers had put on his religious vestment, led out the church Tabot (a replica of the Arch of Covenant or representation of the Biblical Tablets) while carrying his cross. The soldiers however did not come. But, the people of Ferhen could hear the distant gunshots.

So Aba Teweldemedhin and some of the people rushed to Besikdira to find it burnt and barren with no one in sight. One structure that was still standing was the mosque and so they rushed to it to find a wounded resident, Aboy Ezaz, crawling out of the mosque. They discovered the shocking scene. There was no time but to force themselves to focus and look through the carnage to find survivors. They took all the wounded to the Fehren Catholic clinic. They sent messengers to the main road heading toward Keren and sent message for help to the Catholic Seminary elder, the Ethiopian Aba Haile. Aba Haile managed to get a pass to be able to drive on the road. They managed to haul all the wounded to Keren hospital. However, one woman in Frehen and a man in Keren succumbed to their wounds. Some would stay in the hospital for up to 6 months.

So many from the surrounding villages fled towards the city of Keren, some towards the village of Halib Mentel. Not all that fled came to a safe place however because only the worst of the atrocities would take place the next day at Ona where they were entrapped, surrounded and murdered.

* Part of the story is based on Dr. Keflemariam Hamde’s interview conducted by Zekarias Gerima. Please watch the full interview here.