General Aman Andom, the Eritrean-born chairman of the Military Derg (council) and acting Head of State of Ethiopia was Killed by the Derg over critical disagreements over the path forward after the fall of Emperor Haile Selassie I. 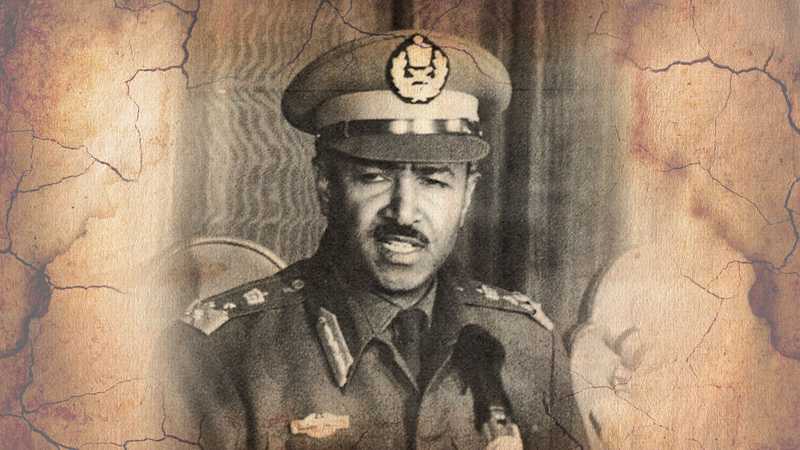 General Aman Michael Andom, Chairman of the Provisional Military Administrative Council, the Derg, and acting Head of State of Ethiopia in 1974

Following the overthrow of Emperor Haile Selassie I by the popular revolution of 1974 in Ethiopia, the military, the relatively organized institution at the time, created a national administrative council, or the Derg (ደርግ) in Amharic, to rule over Ethiopia. General Aman Andom, an Eritrean by birth, being a highly accomplished officer in the army, was appointed by the Derg to be its chairman and acting Head of State of Ethiopia.

The Derg’s many mid-level officers were constantly at odds with the general from the onset of the formation of the council. The general was considered part of the old guard from the imperial era where his reputation and list of accomplishments grew. He had commanded military contingents in Congo and Korea. He was given the nickname “Desert Lion” in the war with Somalia where he came out victorious. All this would come to affect his decisions and how they would be perceived by the members of the Derg.

One of his beliefs was to seek a political solution to the question of Eritrea. Being of Eritrean origin, this was taken suspiciously. Most of the young officers in the council chose to rather wipe out the liberation movements in Eritrea by military force. Eritrean Liberation Front (ELF) was the dominant front at the time. He had made visits to Eritrea to calm the population promising new chapter past the imperial era including promising that all who committed atrocities would be accountable for their actions. 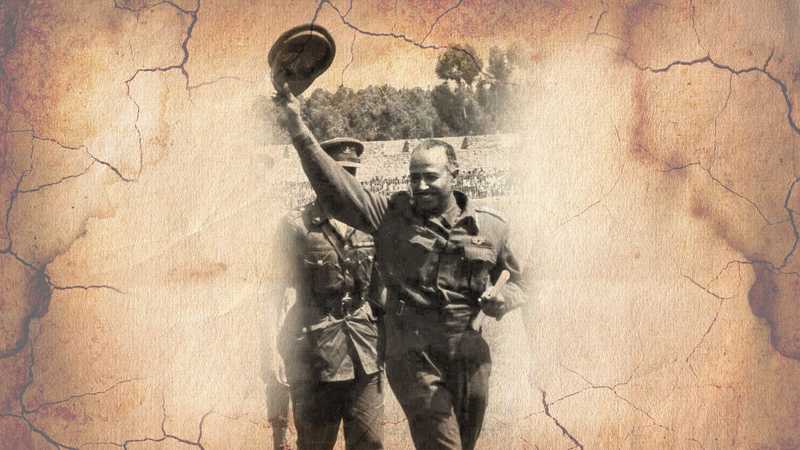 General Aman Andom waving at a crowd in a stadium

His position within the Derg was also constantly questioned; whether he was the chairman or just a leading representative of the Derg. He believed for the Derg to lead effectively and to avoid the chaos of diversion of ideas, it had to be lean and smaller in size, lead by senior, educated officers. In an alleged tape recording of a phone call presented to the members by then Shalleqa (Major) Mengistu Hailemariam, the leading member that orchestrated the demise of the general, the general was heard saying how fed up he was and he was no longer willing to work with junior officers if they did not make the changes he recommended. At one point, he was heard calling the low-level officers “those who couldn’t clean their behinds yet.”

On the raging debate of what to do with the former top imperial officials and royal family members who were imprisoned and waiting their fate, he was opposed to their execution and he would not sign off on the decision. Many believe that most of the members of the Derg were not for the execution either but they were gripped with fear to speak out. Shalleqa Megistu and his followers used intimidation and scare tactics on the members to agree and go with their premeditated plans. 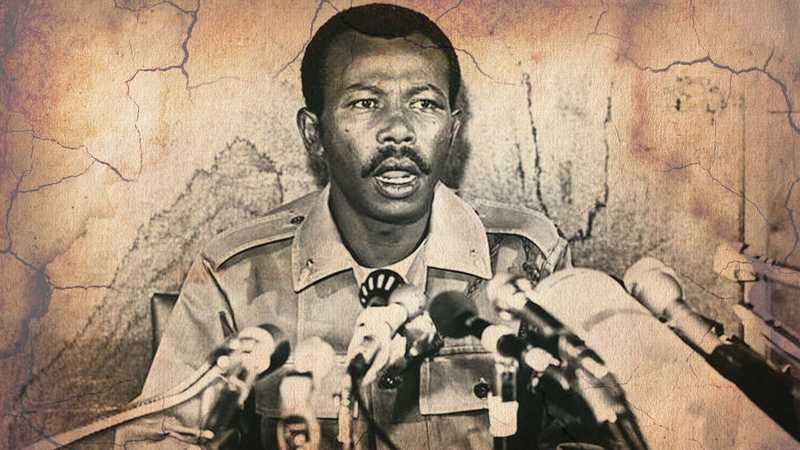 Shalleqa (Major) Mengistu Hailemariam, influential member of the Derg, who orchestrated the execution of former imperial officials and General Aman Andom, the chairman of the Derg itself

On November 23 1974, earlier in the day, Shalleqa Mengistu gathered all members and told them that it is time to take a vote on the execution of the royal family members and former imperial government officials. The majority agreed. Then he announced that a decision had been made to arrest General Aman Andom and because he had refused to surrender, his house was surrounded by the military.

After lunch, Mengistu produced a list of over 250 prisoners and read through each of their alleged crimes and on the spot asked members to vote on their punishment. About 60 people including former government officials that included two former prime-ministers, 17 generals, and some royal family members and political opponents were sentenced to be executed. 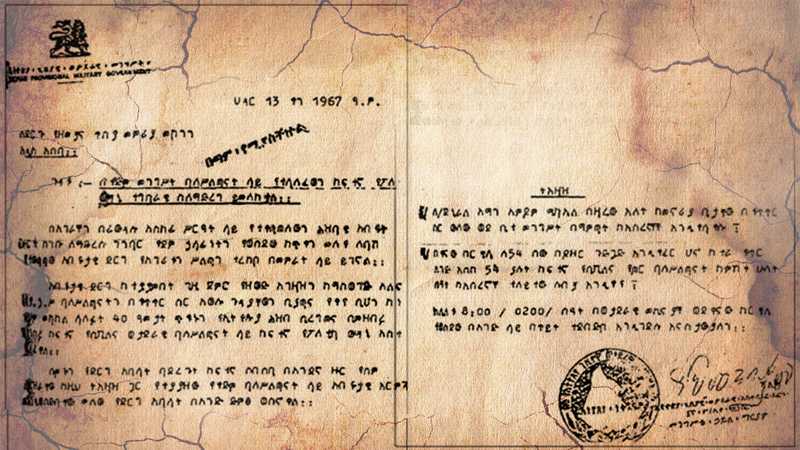 During this meeting, a colonel by the name of Daniel Asfaw who was ordered to arrest General Aman walked in and reported that upon resisting arrest, a tank was used to demolish the general’s residence and that soon after, the general had committed suicide.

The executions of the prisoners were carried out that same night and went until the early hours of of the next morning.