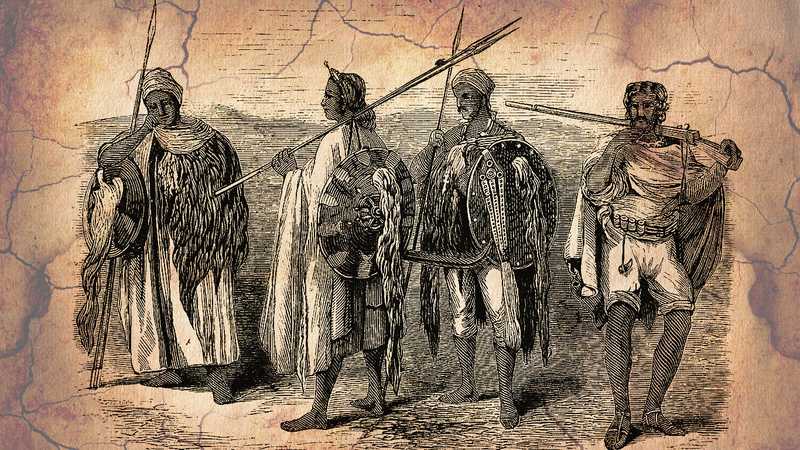 Although Bahri Negassi Yeshaq enjoyed good relations with Emperor Galawdewos of Abyssinia, his relations with his successors were not as positive. In 1560, the year after Menas became emperor, he revolted against the new Emperor. While he was successful at first, eventually Menas drove Yeshaq out of Tigray, and the noble was forced to seek refuge at the court of his former enemy, the Ottoman-Turks. In return for ceding the town of Debarwa, Ozdemur Pasha extended military support to the exiled Bahri Negassi, and Yeshaq led an army into Tigray and the other northern provinces.

Emperor Menas campaigned against the forces of this alliance again in 1562, but was not able to decisively defeat Yeshaq. When Sartsa Dengel was made emperor, Yeshaq at first pledged his loyalty, but within a few years he once more went into rebellion, and found another ally in the ruler of Harar, Sultan Mohammed IV Mansur. Despite these alliances, Emperor Sartsa Dengel defeated and killed Yeshaq in battle (1578).

Richard Pankhurst: From then onwards the governor of the provinces beyond the Tekezé River (current Eritrea) was not allowed the sandaq (Banner) and nagarit (War Drum), and no longer had a place in Council unless especially called on by the Emperor”. This could also mean that the Bahr Neguses’ kingdom was no longer part of the “Empire” per se.

A noble riding a mule escorted by warriors